India is a vast country of an approximate area of 3.287 million square kilometres governed by 29 states and 7 union territories. India’s constitution recognizes 22 official languages. The country is very diverse, in the sense that it is home to multiple food cuisines, music and dance forms. The country is also home to a vast marijuana smoking population that cuts across all social strata. Marijuana cultivation and consumption has been illegal since 1985, but that hasn’t deterred its enthusiasts and a thriving black market continues unabated.

In the last few years, demand for marijuana from India’s top 5 metro cities has sky-rocketed, primarily because two-thirds of the country is below the age of thirty-five, the resulting demographic dividend reflected in the country’s chugging albeit sluggish economy.

The implementation of the law against marijuana is seen by the police as a way to make some money, and indeed there have been multiple reports of how the police has been involved in the marijuana trade themselves, by being hand-in-glove with the dealers who transport the shipments into the metros from farms based outside the city limits and in other states, often around inhospitable and difficult to reach terrains. Marijuana is seen as a harmless vice, a substance in favour, as compared to tobacco or alcohol. However, moderation of consumption remains the rule since continuous usage, although much much less harmful than tobacco or alcohol, makes people less likely to be productive, and the result, a dependence on continuous hits of dopamine to get by one’s life.

There were two major raids in the last 24 hours. It is a pity that marijuana is clubbed with harder drugs like heroin, cocaine, smack, MDMA or LSD, due to a lack of awareness and the laziness in doing basic research into its properties, from publicly available data so rampant on the internet. 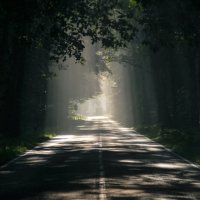