Disclaimer: The following excerpts are from an interaction with Mr. Tashi Sharma (name changed on request), a resident of Bangalore from the past nine years. This post does not promote the use of recreational marijuana in any way. The aim of the post is as always, to educate and inform. The first part can be read here.

Tashi Sharma was late by a full twenty minutes. Again.

After their last meeting, which had gone well, much better than he had expected anyway, there had been a few developments with regards to marijuana in India, namely, an increased willingness to acknowledge the medical and industrial use of the plant. Sins agreed. He believed medicinal research was the way to go, the only way to convince the government and the general public at large to see sense and give the plant its due, especially since alcohol and tobacco were being given a free rein over the lives of human beings.

Sins wanted to ask Tashi about this. If the man turned up, that is.

This time they had planned to meet at Smoke House Deli, an upscale restaurant in Indiranagar. Tashi had asked him to suggest the day, time and place, and he had duly obliged, with Sunday, eleven a.m and Smoke House Deli. What better place for breakfast and drink, especially when hosting the man who ran Bangalore’s marijuana trade from a vantage point encompassing ordinary citizens, the law enforcement and government officials in cahoots?

Sins had just politely asked the staff to serve him orange juice when Tashi sauntered in, looking as if he had just gotten himself a nice, long Ayurvedic massage. He was smiling serenely, lost in thought, as if seeking long lost memories, that were just about coming to the surface, seeking to envelop him inside a haze of delirium, euphoria and bliss. His eyes opened slightly wide when he spotted Sins, occupying a corner table, gesturing at him as he walked towards him. Tashi almost crashed down onto the sofa, before emerging from his haze and locking eyes with him.

Tashi Sharma (TS): Famished. Have you had breakfast? I haven’t.

SS: Nope, let’s order. What happened to you? You look…rejuvenated?

TS: I had an high intensity interval session. My wife and me do it together on every Sunday, except that today I have a feeling I may have overdone it. I was dehydrated. I’m fine. Just…famished. Let’s order the most massive breakfast on the menu. Vegan.

Tashi chose brown rice, cottage cheese and quinoa while Sins asked for a smoked chicken sandwich with baked beans and potato wedges. Mineral water in, Tashi looked at him for a few seconds, as if pondering his next sentence. Sins still felt slightly intimidated. Here he was, in his late twenties with big dreams and thoughts, figuring out the best path to reach his goals as fast as possible, with a keen eye on learning as much as he could about how the world worked, and there was Tashi, a self-made man, as fit as a horse, in the prime of his life, absolutely killing it from every angle possible.

TS: So tell me, Sins. What do you want to know? If I remember correctly, our last conversation ended because I had to meet the minister urgently

SS: Yes. I had asked you, how did you start selling cannabis?

SS: You did, but not specifically. You told me that you wanted to be different, pondering over the questions of the future of humanity’s food, water, air and electricity to name a few, and how you couldn’t fathom having these conversations with your colleagues. And the fact that, how marijuana helped you in some personal ways.

TS: Yes, that’s true. So the primary reason I started selling cannabis, and mind you this was almost a decade ago, is because a few of closest friends were not able to source high quality cannabis from the streets

TS: Not all cannabis that’s available is of the same quality. Not all the highs caused by cannabis is the same right? Just like how there are different brands in the market selling the same product but the attributes and prices are different. The cannabis that’s available on the street has not been grown well. They’re spiked with all sorts of chemicals. Its not good to consume those. And if consumed continuously over a period of years if not months, a person may loose his sense of focus and in general, its akin to poisoning themselves. These people, both consumers and sellers have always given marijuana a bad name. They have turned cannabis from a harmless, beautiful, spiritual plant into a drug. This is not right.

SS: Where did you find the good quality marijuana strains?

TS: Where else? From the farms. I started making a couple of trips every month in my SUV to build relationships with farmers and a few middlemen who began to gradually trust me. They know me as a good man, intent to do good and be good. I helped them with capital too. I source the plants untouched by chemical based fertilizers, herbicides and pesticides. Of course, sometimes using pesticides is unavoidable, but even then there is a threshold to the amount of chemicals you can use to grow your crop. I make sure the farmers are well aware of the science behind agriculture, it doesn’t matter what they’re growing and for whom.

SS: I understand. You mean to say, cannabis is a friend not a foe. A confusion exists in the minds of the masses who think its only for getting high. Its obviously beneficial for people provided they smoke the good quality strains, the obvious caveat being that just like any other substance out there, excess of it isn’t advisable.

TS: You misunderstand. Recreational usage is just one of the aspects of the plant. We must be objective in our thinking and go deeper and really understand the constituents of the cannabis plant and why exactly it has been such an integral part of India’s ancient ayurvedic medical system which is ridiculed by some people simply because they are too lazy to scientifically validate it. What I’m saying is simple, and a fact of life. Listen to me carefully: our body produces the same compounds, cannabinoids which are present in the cannabis plant. Hence, what I’m saying is that, cannabis is essential and must be used for medicinal purposes.

TS: Yes. Don’t believe me. Scientists and researchers will prove it soon. In five years, medical cannabis is going to revolutionize medicine. I wonder what’s stopping the Indian bureaucrats from opening their eyes. If we don’t care for our patients who are dying in droves everyday, addicted to the so called medicines being peddled by big pharma, who will? Our mental laziness hasn’t prevented Indian patients from sourcing cannabis for their illness stricken family members and friends.

SS: And cannabinoids are present in cannabis as well?

TS: Yes. You have to read about the human endocannabinoid system, the system that governs our skeletal, respiratory, digestive, circulatory, nervous, muscular, endocrine, immune and reproductive systems.

SS: The human endocannabinoid system, the system that produces cannabinoids, is in charge of governing all of these systems that you just mentioned?

TS: Don’t tell me anything. Just spread the word.

They ate their meals in complete silence. Sins was lost for words. How come had he never been taught? Was everyone brainwashed? Of course they were. The benefits of the cannabis plant had been kept hidden from them. It seemingly wasn’t required. Heck, it hadn’t even taught to all those generations of doctors who had graduated after cannabis had been criminalized in the United States and subsequently, in the rest of the world, through a systematic campaign to spread misinformation. They had all been lied to. What else had the masses been lied about? Seemingly everything.

Tashi ordered a small glass of wine for himself and drank it up quickly, all the while staring at him, trying to judge his reaction, but Sins didn’t have any. He was in complete shock. It seemed as if, all of humanity’s ills that stemmed from the maladies of neurochemicals, enzymes, receptors and the like, could possibly be cured by..cannabis. He still couldn’t believe it.

TS: Don’t believe me. Believe the science. In the meanwhile, just read all that you can and stay healthy.

SS: Are you telling me you use cannabis to stay healthy and look young?

TS: See, that’s my problem. There are no simple cause and effects my friend. Cannabis, that too in the right doses, because my dose is not the same as yours or anyone else’s cause our bodies are different, is one of my stay healthy, look young reasons. I also work out, consume chemical free food, meditate and read, write a lot. I’ve the right doses of alcohol as well. Moderation is the key to a good life, always remember that. Cigarettes are the only thing I’m against. But a couple of drags of farm-fresh tobacco once in a while never hurt anyone. You can’t consume cannabis everyday and then claim its addictive. Anything consumed everyday can be addictive. That’s not the fault of cannabis.

SS: I’ve learnt more from you in the last thirty minutes than the last year combined. I wish I had met you sooner.

TS: You’re a good kid. You’ll do well. Master your mind, master your life. Stay positive. I hope I answered your questions.

SS: You totally did. Thank you so much. I can see why people in the government and law enforcement respect you.

TS: Not all of them do. But most do, yes. Even the ones who do not, know that my ideals are clean and the fact that cannabis is a plant that has the potential to revolutionize the world, in every aspect, from medicine to energy. They will only acknowledge this once they transition and hedge their interests towards cannabis. Only then will they think about regulation.

TS: Yes. Its always the same reason. Always has been. Always will be. You can’t change someone’s mindset can you, until and unless that person experiences something on a deep, personal level.

TS: Sins, it was great talking to you man. I have to go now. I’m flying to Singapore tomorrow. Take care. Stay in touch if you want.

SS: I would love to. Thank you again.

Tashi left, leaving Sins right where he was, before the waiter arrived a few minutes later to ask him if he wanted anything else. He didn’t. 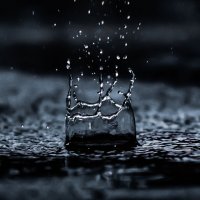 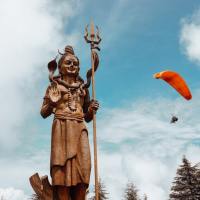 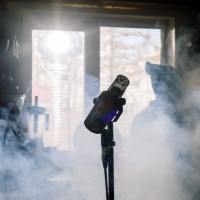