Elon Musk’s SpaceX, known globally for commercializing flights to space by reducing the cost per trip to less than 100 million dollars per trip will carry cannabis and coffee strains to the International Space Station during its next resupply mission for the astronauts working above us, slated for March, 2020 in the flight known as the SpaceX Dragon Capsule.

While SpaceX is the distributor here, meaning its simply acting as the carrier of the nearly 480 plant cell cultures of cannabis, the cannabis strain (its actually hemp, a low THC strain of the cannabis plant that is touted as a wonder plant owing to its broad range of commercial applications in everything from textiles to protein powders) will be supplied by biotechnology company Front Range Biosciences while the incubator is being remotely monitored from earth by BioServe Space Technologies based out of the University of Colorado campus in Boulder, Colorado.

The objective of the mission is to study the effects of gravity on the cannabis plant to see if its genetic composition mutates and to hence understand whether it would be commercially or academically valuable or not to pursue it further. Its an exciting mission simply because it sounds cool for all cannabis enthusiasts on Earth. What if the genetic composition of the strain mutates such that it could be used to make advanced materials which are both durable and thinner? Its the human ingenuity to tinker and experiment with things that has made us come so far, from the caves to modern civilizational comforts.

We wish and hope for the best. Elon Musk is no stranger to the psychoactive variety of the cannabis plant, marijuana, having publicly smoked it live in a podcast show, much to the consternation of conservatives who term marijuana users, even the ones not dependent on it, as addicts and drug users, while they happily munch on their daily sugar fixes and thoughts which spew narrow-mindedness towards everything the world has to offer today. We do not hate the conservatives. We are on the side of science here after all. If science backs up something, we follow it. We do not rely on subjective and emotional reasoning lest it leads to irrational behaviour that is of no use for society. 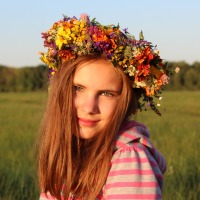