Hi! Welcome to the 1st edition of the Gloria Indica, our newsletter written and published for Wednesdays and Thursdays, where we train our eyes on cannabis, business and technology. At the end of the day, we feel we are global citizens, and today more than ever it is necessary to think like a global citizen and understand that systems and processes made by humans for other humans originate in one place or places and resonate all over the world.

Who runs the world?

We don’t know. And we doubt anybody knows. Isn’t the world too big and too complex for one man or woman or a group of men and women to control? And what exactly is control? Does it mean commanding a vast army of people to do as they’re told, and vet their souls with money?

Does it even matter to us?

Are they somehow (if yes, how?) responsible for our rents, our loan or mortgage payments, our costs for food and groceries, our media and entertainment bill, our electricity and telecom bills, our gas and heating bills, our two-wheeler or four-wheeler’s fuel bill, our education bills or even our fashion bills? Not to forget all our attention being spent on free-to-consume cheap internet services?

The point is that somehow, from time to time, again and again, it keeps boiling down to the financial system (economics) or the political system or in some countries, maybe the social system of being, prevalent and entrenched as cultural norms. One layer deeper, does it come down to the nature of money? Who controls the supply of currency all over the world? Such questions come to the fore.

Does it even matter? Yes.

Can we mine all our mineral requirements from celestial bodies lying in outer space?

Theoretically, yes of course. Doing so would ensure that we source all our metal requirements from space, hence allowing earth’s surface to recover and preserve whatever’s left. Metals – platinum, gold, magnesium, aluminum, silicon and the like, including rare earth metals power all our electronics today, and virtually fuel our hunger for technology, in the form of building the hardware infrastructure using these metals on top of which all our data flows, powering software, websites and apps.

And make no mistake, we absolutely need to go to space. It sounds as if this has been humanity’s destiny all along. Not only will we run out of all our finite metals and fossil fuel resources soon, renewable energy too, ought to power all of our energy needs, since human beings will continue to reproduce in the billions, requiring more food, more clothes and more of everything imaginable. Imagine working for a company operating in the space industry, assuming one has the engineering pedigree to do so. Wouldn’t it be cool?

Was Bound to Happen: Cannabis Sales (and Raids) climb across India

According to the Economic Times

“Unlike cannabis, which is illegal across India, the department of revenue extends licences to select opium farmers so that the needs of the pharmaceutical industry can be met. Opium growing districts include Mandsaur, Ratlam and Neemuch in Madhya Pradesh as well as Pratapgarh in Rajasthan. But smugglers pop up here too. They buy the drugs from licensed farmers on a premium and then adulterate it to prepare a milk-like liquid that fetches a huge profit”

“In June, about 1,904 kg of cannabis was seized from Bastar. In July, 1,886 kg was seized. However, the monthly average seizure during the first five months of 2020 was only 462 kg. This indicates a sharp rise in smuggling. Some of the other big cannabis seizures during the unlocking period include a 1,655 kg haul in coordinated raids in Bihar and Jharkhand in mid-July”

See the irony there?

Cannabis, much, much, much safer than opium is being hauled up in the name of addiction when the real addictive-killer substances like alcohol, opioid medications and tobacco continue to be regulated. How easy is it to abuse opioids and other dependency causing, side-effects inducing medications in India today? Quite easy, as per this report. Sorry cannabis, like always, you find yourself in the wrong company, that too at the wrong time. But you’ll get your fair due soon. Hold on. 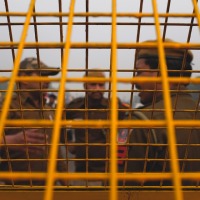 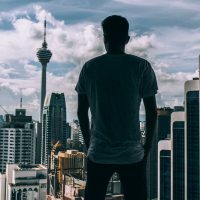