Hi! Welcome to the 16th edition of The Kush, our newsletter written specifically for Mondays and Tuesdays. If you’re reading this for the first time, then welcome. In the world of ours today, as we grapple with our jobs, families and livelihoods, we’ve made a conscious decision to be as clear as possible with our writing so that every reader not only understands multiple narratives going across the world of ours today, but also makes decisions that will have an impact on his or her life sooner or later.

Psychedelic Substances For The Win

Many readers may wonder – why psychedelics?

The answer is simple. Even though modern science and technology have virtually taken over our lives, most of technology’s work lies in communications, materials science, electronics, computer science, manufacturing processes and the like. On the other hand, when it comes to healthcare, food and beverages, we’ve increasingly come to rely more and more on synthetic substances, especially in pharmaceutical products where rather than cure the underlying issues that plague people, the products have ended up suppressing people’s root issues rather than curing them, in addition to other side-effects that impact other organs like the kidney and liver.

Basically, science and technology still need to do a lot in healthcare. Healthcare is one of the most inefficient markets ever, because here’s the thumb fact: there are more than 10,000 diseases in the world as of this writing, while modern pharma has cures for only an odd 500.

We think Psychedelic plants are going to disrupt the healthcare markets on a global scale.

“Numinus Wellness Inc. (“Numinus” or the “Company”) (TSXV: NUMI), a company creating an ecosystem of health solutions centred on developing and supporting the safe, evidence-based, accessible use of psychedelic-assisted psychotherapies, is pleased to announce it has begun cultivating Psilocybe mushrooms, for the purpose of psilocybin production, at its 7000 square-foot Health Canada licensed facility. Psilocybin-assisted psychotherapy is currently being studied as a treatment for a range of mental health conditions including depression, anxiety, and substance use disorders.”

We’ve heard about magic mushrooms. Magic mushroom’s active compound Psilocybin is a natural compound and researched evidence say they’ve a lot of promise for treating mental health patients among many others. The future is very exciting for plants in general, and a global reawakening about the value of going back to the plants that our ancestors used in their times is fusing with modern scientific methods to elevate humanity’s consciousness to greater levels.

Big Advertisers Want Indian News Channels to Be ‘Responsible’. Will They?

Over the past few months, many individuals have openly voiced their concern about the state of India’s leading news channels today, primarily a select few English and Hindi news Channels who have tended to focus their energies on issues that border hype, sensationalism and negativity rather than facts, logic and reality. This concern has spilled over to many leading brands for whom news channels are a way to get their brands in front of TV audiences.

Here’s the exclusive from bestmediainfo:

“In a move that could hit the advertising revenues of India’s news channels, some of the country’s top advertisers have expressed concern over the rising toxicity in news content in the name of gaining TRPs. “As a viewer and advertiser, I really feel the news channels have stooped to a pathetic state and if the advertisers have the opportunity to break this vicious cycle, they must do it collectively and be a real purpose-driven brand. While doing this, we should state the reason that we are all doing it because of the content. I agree that such an environment is dangerous for any brand because it comes back to hounding it,” said Krishnarao Buddha, Senior Category Head, Marketing, Parle Products.”

“Brand safety should be a bigger concern for TV news nowadays. The language that these channels have been using, I don’t want my kids to be consuming that content and if I think this for my kids, it applies to my brands too. It’s important for us to come together and being responsible is extremely important right now. Every advertiser needs to play that part,” said Pawan Sarda, Group Head, Digital, Marketing and E-commerce, Future Group.”

Our prediction is that this will not change anything, because as far as we are concerned, news anchors know fully well what they’re doing and so do many people. There will be a clear division between the ‘types’ of people who choose to watch one news channel and the other, and we should and will see brands shift to ‘cleaner’ channels as per their wishes. Maybe brands will be offered the choice before hand from the TV channels’ sales managers as to the type of discourse where they want their brand to be seen.

We’ve time and again written about the human body’s endo-cannabinoid system, how its discovery has still not entered medical textbooks (in the last two years, it has, in the United States and the EU), in spite of probably being the most important human biological system from a health and wellness point of view. That’s how new the science of cannabis is. We’ve also said how cannabis’ internal compounds are biochemically similar to many compounds produced by the human body, and this discovery means cannabis and human beings share a biological relationship.

“Doctor William Courtney of the Cannabis International Foundation has been a leading advocate for the incredible benefits of raw cannabis. His research has supported the claim that without heating marijuana, the healing benefits of cannabis are maximized because it retains a higher concentration of CBD and THC in the form of CBDa and THCa. He is a leading researcher in dietary, non-heated cannabis and how it can heal the body of a number of ailments, especially when consumed as a juice like raw fruits and vegetables.”

There are many people who intuitively feel as if they want to smoke raw cannabis without mixing it with tobacco. There are also many people who make butters and oils using cannabis leaves and cannabis flowers in tandem with other plants, herbs or just adding it in their day to day food. Maybe, it is indeed time for all of us to deeply question the sources of our food, especially plant-based sources since its plants that we’ve always relied on for centuries of years, and will probably continue to discover more and more of them in the near future as costs come down significantly with more awareness.

“Those curious about cannabis juice are advised against dropping everything and going into their stash to find the best buds for the juicer. Cannabis that has been dried and prepared for smoking is not suitable for juicing. The leaves and buds must be fresh in order to ensure proper digestion. Dr. Courtney recommends juicing up to 15 leaves and two large raw buds and drinking it throughout the course of a day. Because raw cannabis juice has a bitter taste, it’s also advised to mix it with another vegetable juice like carrot.” 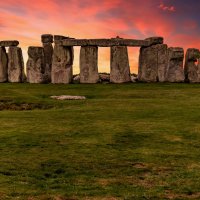 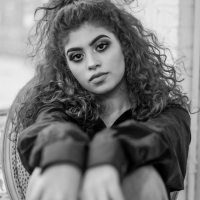